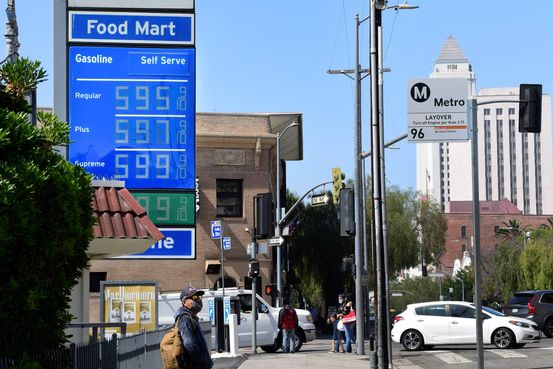 Americans face the steepest gasoline prices in nearly seven years as tens of millions eagerly hit the road this summer after a year of Covid-19 lockdowns and travel restrictions.

Heading into the Fourth of July weekend, the national average price for a gallon of regular gas was $3.12 as of Thursday, according to AAA, almost $1 higher than it was a year ago.

Gas prices are rising for a number of reasons, including higher crude-oil prices, growing demand as workers return to the office and resume commutes, and a shortage of truckers in some regions that is causing bottlenecks.

The higher prices aren’t expected to slow Americans’ pent-up desire to drive places this summer, however. An estimated 43 million Americans are expected to hit the road this weekend alone, said Jeanette McGee, a spokeswoman for AAA. Motorists are expected to burn in July and August hundreds of thousands of barrels of more fuel compared with prior levels, lifting the national average gasoline price toward $3.20 or higher, analysts said.

“This is going to be the summer of the road trip in the U.S.,” said Saad Rahim, chief economist at the Swiss commodities trader Trafigura.