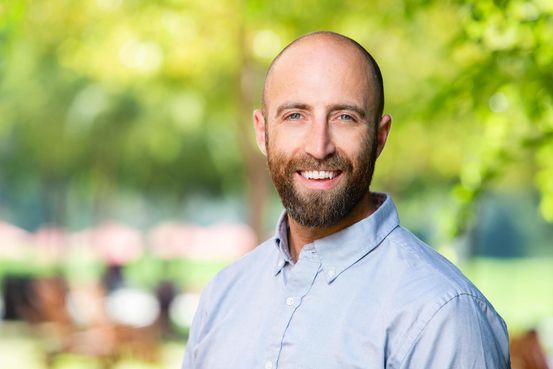 as assistant Treasury secretary for financial institutions, a move that would put a long-time congressional staffer with ties to progressives at the center of efforts to refocus financial rules on issues such as climate change and racial equity.

Mr. Steele, a former Democratic chief counsel on the Senate Banking Committee and aide to

(D., Ohio), would oversee the Biden administration’s plans to tighten regulations on Wall Street firms. That could include heightened scrutiny of cryptocurrencies; open-end mutual funds and hedge funds and their roles in market turbulence last year; and the financial sector’s exposure to climate-change risks.

Mr. Steele is the director of the Corporations and Society Initiative at Stanford Graduate School of Business, which seeks to “promote more accountable capitalism and governance,” according to its website. He previously served as a staffer at the Federal Reserve Bank of San Francisco, and also worked at Public Citizen, a progressive watchdog group, before joining Mr. Brown’s staff in 2010.

In recent years, he has been a vocal proponent of treating climate change as a systemic risk to the financial system, and called on U.S. regulators to do more to confront the potential dangers, such as more frequent wildfires or droughts that threaten banks’ physical assets.

In a February 2020 paper, he argued the 2010 Dodd-Frank law gave regulators broad power to use macroprudential regulation to address climate-related risks, including through the Financial Stability Oversight Council and the Federal Reserve. For example, the Fed could use its authority to limit fossil-fuel investments based on their prospective risks to financial stability, he said.

“By ignoring their responsibility to safeguard financial stability, regulators are allowing financial institutions to continue directing massive amounts of capital into climate-change drivers like fossil fuel and deforestation businesses, further driving a carbon bubble,” he said. “This exacerbates climate financial risk, and with it the fragility of the financial system.”

He criticized the Fed’s decision last year to buy bonds issued by oil and gas companies as part of its broader efforts to stabilize financial markets at the start of the Covid-19 pandemic. And he called on the central bank to directly finance clean energy through so-called green bond purchases.

Mr. Steele has also warned about the risks from the outsized growth of the mutual-fund industry, and outlined ways that policy makers could rein in asset managers, including through new limits on their size and concentration, as well as limits on the stakes they may accumulate in other industries.

If confirmed by the Senate, Mr. Steele would join a team of economic advisers in the Biden administration that have strong relationships with progressive lawmakers, including

a former economic adviser to

(D., Mass.) who is the deputy director of the National Economic Council.

Write to Kate Davidson at kate.davidson@wsj.com and Andrew Restuccia at andrew.restuccia@wsj.com

Profit upgrades are coming thick and fast from car manufacturers, even...
Read more

Profit upgrades are coming thick and fast from car manufacturers, even...
Read more