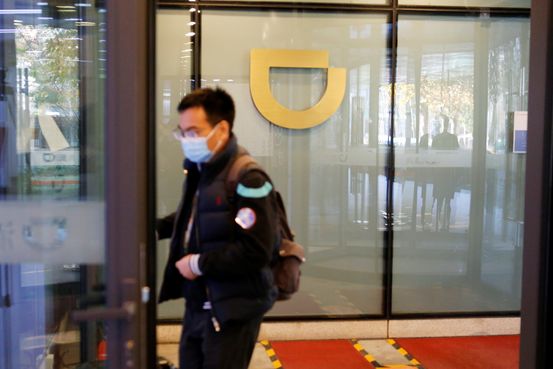 In recent weeks, agents from government agencies including the antitrust watchdog, the cyber police and tax authorities have paid surprise visits to some companies, according to the people. Those visited included Didi Chuxing Technology Co., according to the IPO prospectus of the ride-hailing firm.

During some of the on-site inspections, agents have questioned senior executives, downloaded contracts and financial records and collected emails and internal communications, the people said. The agencies involved include the State Administration for Market Regulation, the Cyberspace Administration of China and the State Tax Administration, they said.

These actions are a part of a regulatory review that followed submissions of self-examinations by 34 technology companies summoned by authorities in April, the people said. A month later, the antitrust watchdog held another meeting with provincial-level regulators and asked them to follow up on the investigations.

It isn’t fully known which of the 34 companies were visited by agents. The regulatory review doesn’t necessarily mean the companies would face punishment.

The actions are the latest examples of how Beijing is intensifying regulatory scrutiny of China’s technology sector and underscore how the clampdown is impacting a broad swath of companies.

This month a senior official from the State Administration for Market Regulation said companies should get used to tougher regulatory scrutiny, signalling that such actions could continue for a while. “It is necessary to further promote the antimonopoly law enforcement and restrict unfair competition,” said Chen Zhijiang, according to a script of the news conference. “It is strictly forbidden for companies with a dominant position to squeeze the living space of various market entities in order to seize market share.”

The inquiries come at a particularly sensitive time for companies planning to go public, as the outcome could potentially affect or postpone their plans. Late last year, financial-technology giant Ant Group Co.’s initial public offering was canceled days after its controlling shareholder,

made a speech that infuriated government leaders and regulators.

Last week, Didi said in its IPO prospectus that it had completed the self-inspection that the regulators had ordered in April and that regulators had also conducted on-site inspections. It warned that authorities might not be satisfied with the results and the company could be subject to penalties.

Still, some executives and investors say these inquiries could be more helpful than troublesome to the companies. That’s because they give the companies a chance to fix their problems before the companies become the target of more serious official investigations that could lead to more severe consequences.

“Sooner or later, everyone is likely to get fined or punished of one kind or another,” said a prominent investor to Chinese tech companies. “No one can escape this. So it is better to get punished earlier than later.”

Yet people inside the companies are also perplexed in their dealings with the authorities. Often, the regulators don’t give detailed restructuring guidelines, leaving the companies grappling to figure out what practices could satisfy authorities, they said. Companies also have little information about the status of the probes and worry they may have to postpone IPO plans or face damages to their business operations, according to the people.

Since late last year, China has been cracking down on anticompetitive practices among China’s powerful internet giants. In April, China imposed a record $2.8 billion fine on

in an antitrust probe. Recently, the clampdown of technology companies has broadened to also target other infractions such as data privacy violations.

Write to Keith Zhai at keith.zhai@wsj.com