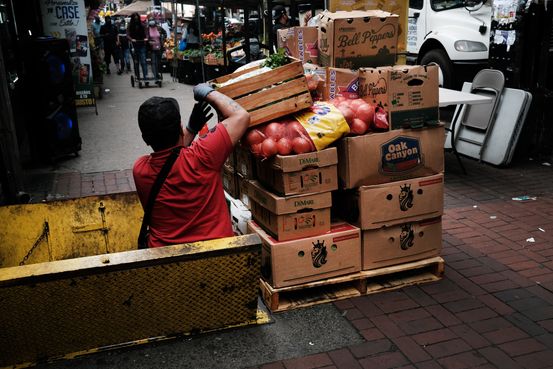 Inflation readings from China and the U.S. highlight this week’s round of economic data.

China’s imports are expected to surge in May due to rising commodity prices and the low base from a year earlier, according to 16 economists polled by The Wall Street Journal. The country’s imports are forecast to grow 53% from one year ago. Outbound shipments, a key engine of growth for China’s economy, are expected to rise 32.3%. The country’s trade surplus is expected to touch $47.9 billion compared with $42.9 billion in April.

The U.S. trade deficit hit a record in March as federal stimulus reinvigorated consumers and pushed demand for imports to a fresh high. Economists are forecasting a narrower trade gap in April, though the overall figure will likely remain elevated as the U.S. reopening gathers strength.

China’s factory-gate inflation is expected to hit more than a decade high in May, triggered by the rising commodity prices, according to a median forecast of 16 economists. The producer-price index is projected to climb 8.6% from a year earlier, the highest level since August 2008. Meanwhile, the consumer-price index is expected to have risen 1.5% annually in May compared with April’s 0.9% expansion.

The European Central Bank releases a policy statement and staff forecasts. In March, the ECB pledged to accelerate purchases under a €1.85 trillion bond-buying program in an effort to hold down borrowing costs amid sluggish economic growth. Now, with Covid-19 vaccinations rising, pandemic restrictions easing, activity accelerating and inflation rising above the central bank’s target, some economists are looking for signs those purchases could soon be scaled back.