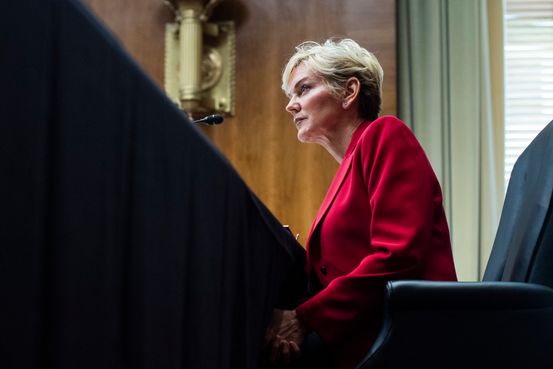 The Biden administration is moving to end exemptions that allowed technology developed with U.S. government research funding to be exported for manufacturing overseas, Energy Secretary

said in an interview.

The change affects billions of dollars of grant money allocated by the Energy Department and is the latest effort to boost the country’s competitiveness with China. It primarily blocks small companies and nonprofits—largely universities and their spinoff businesses—from exceptions that allowed them to outsource manufacturing of technology developed with federal help, according to the department.

The department is making the change as part of President Biden’s supply-chain initiative, a strategy announced last week for boosting domestic manufacturing across high-tech industries. Those include semiconductors, rare-earth elements and large-capacity batteries used in electric vehicles, all industries in which Energy Department grants often feed key research and development.

“If we’re going to pay for your research and development, you need to manufacture it here,” Ms. Granholm said. “If the seed was planted here, the tree should grow here.”

Mr. Biden has proposed a major increase in federal spending, including a $2.3 trillion infrastructure package, to modernize the U.S. economy, prodding it to catch up with China in particular. The goal is to ensure the U.S. becomes a world leader in several nascent or evolving industries, especially clean energy and low-emissions transportation.

Ms. Granholm says that vision requires a more active role for government in the private sector, especially to ensure that the benefits of government investment go primarily to U.S. taxpayers. Her team proposed this new rule change as one of the most readily available ways to do that.

“We’re going to be a partner with the private sector,” Ms. Granholm said. “There’s going to be strings attached when you benefit from taxpayer dollars.”

The U.S. has had laws that require such commitments for federal grant recipients going back to at least the early 1980s. But there were exemptions written into those laws to help some developers that might find domestic manufacturing impossible for their new products.

While large companies frequently have unique funding agreements that set limits on how they might outsource manufacturing, smaller grant recipients usually don’t and over the years have frequently used the law’s exemptions, according to the department. A big company buying a smaller company or startup developer is one frequent way they get around those limits on offshoring.

Ms. Granholm has already faced questions from congressional Republicans about just such a case. Electric-car battery manufacturer A123 Systems Inc., which had several facilities in the outskirts of Detroit, won $249 million in federal grants when she was governor of Michigan. Its bankruptcy in 2012 cost Michigan hundreds of jobs. When it was bought out of bankruptcy by China’s Wanxiang Group Corp. in 2013, the technology developed with federal grant money went on to become part of China’s effort to become a world leader in auto and battery manufacturing.

While the initiative may be a logical response to the national interest, all of the efforts have a cost, said Paul Saunders, a George W. Bush administration veteran and president of Energy Innovation Reform Project, a nonpartisan research and advocacy organization. A rule like this will require the department to manage programs more actively—and quickly—to be sure grant recipients are complying and that they promptly get exemptions they need when domestic manufacturing really isn’t viable, he added.

“If the federal government is funding something you want to see concrete benefits that go to American firms and workers,” he said. “The question is just how you fit it all together and implement it in a way that doesn’t undercut other U.S. goals.”

Ms. Granholm has pushed the department to be aggressive in building on department efforts to prevent those types of technology transfers, according to the department. In 2013, during the Obama administration, the Energy Department had initiated the same requirements for any funding issued under its Advanced Research Projects Agency-Energy (known as ARPA-E) and its Energy Efficiency and Renewable Energy Office, part of a gradual effort to determine whether the restrictions would work.

Now those restrictions will also apply to money issued through the Office of the Under Secretary for Science and Energy. That would cover more than $8 billion in climate and energy innovation funding as requested in the department’s budget in fiscal year 2022. More than $200 million of that is specifically to support battery-technology research and development, according to the department.

Write to Timothy Puko at tim.puko@wsj.com