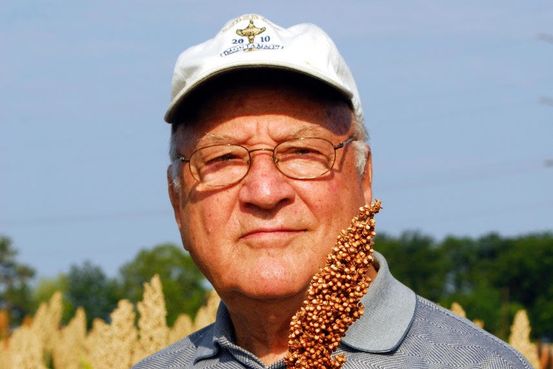 launched his own food company in 1973, he had a personal mission as well as a business plan.

Mr. Harris, who died July 5 at the age of 95 at his home in Englewood, N.J., developed foods marketed on the basis that they could help people lose weight, improve cholesterol counts, avoid trans fats or gain other health benefits.

“All the males in my family died of heart disease,” Mr. Harris told the Record newspaper of New Jersey in 2004. “My father died at 40, and my two brothers also died young.”

His Nutrition Industries Corp. licensed the Weight Watchers brand for a range of cheese, margarine, salad dressings and other items, produced on a contract basis by other companies. After selling those licenses to

in 1988, he operated GFA Brands Inc., which developed the Smart Balance and Earth Balance food brands. GFA was sold for $490 million in 2007 and since then has gone through several ownership changes.

acquired the Smart Balance and Earth Balance brands in 2018.

In his early 80s, Mr. Harris became a cereal entrepreneur by developing breakfast cereals and pancake and muffin mixes under the Grain Berry brand, marketed by Silver Palate Kitchens Inc., headed by his son Peter Harris.

“My hobby is getting healthy food out to the consumer,” Robert Harris said.

Robert Myron Harris, known as Bob, was born Dec. 16, 1925, and grew up mostly in the Bronx. His father was a lawyer, and his mother worked as a buyer for a clothing store.

He enrolled at Cornell University in the early 1940s and studied agriculture. He then served in the Navy, received training in meteorology and was stationed in Hawaii.

After his discharge from the Navy, he met Cecily Wennik, who studied social work at Hunter College in New York. They married in 1948. He earned a degree in marketing at New York University and found work as an advertising manager at Tidy-House Paper Products of Brooklyn. Mr. Harris later worked in various food-marketing roles at advertising agencies as well as at Stahl-Meyer Foods and Thomas J. Lipton Inc.’s Good Humor ice cream unit.

While working for Borden Inc. in the early 1970s, he tried to negotiate an agreement for that company to sell Weight Watchers-brand food. When his bosses balked at the proposed terms, he left and negotiated his own deal to license the brand.

He spent much of his time studying the possibilities of new ingredients. His GFA Brands used a blend of vegetable oils developed by Brandeis University. Later, he used a type of sorghum developed by Texas A&M University for his Grain Berry products.

Mr. Harris is survived by three children and six grandchildren. His wife, Cecily Harris, died in 2007.

He sometimes served as the voice of his brands on radio commercials. “I was urged to try it because of the credibility. And it was cheaper,” he said. “I’m not an announcer, but it seemed to work for us. I know the story, and I believe in it.”

Mr. Harris never had much time for hobbies, his son James said. Fixated on his work, “he lived, breathed, slept it,” James Harris said. “He really believed in functional nutrition and functional foods and eating in a way that would improve one’s health.” The merits of many offerings in supermarket health-food aisles remain subject to debate, but there was one incontrovertible fact: Robert Harris lived more than twice as long as his father.