How Big Can Renewable Energy Get in the Next 10 Years?

Growth in clean energy is accelerating, both in the U.S. and abroad.

The U.S. now generates almost 20% of its electricity from renewable sources such as wind, solar and hydropower, while nuclear accounts for another roughly 20%. The Biden administration, which is targeting at least a 50% reduction in carbon emissions by 2030, wants Congress to pass its clean-electricity standard, which calls for 80% of U.S. power to come from clean sources by the end of the decade. To that end, the White House’s infrastructure proposal included billions of dollars of investment in renewable energy.

Can renewable energy get that big in the U.S. over the next decade? We asked three experts to weigh in:

assistant professor at Princeton University with a joint appointment in the Department of Mechanical and Aerospace Engineering and the Andlinger Center for Energy and Environment; and

Here are edited excerpts of the discussion:

WSJ: The Biden administration wants 80% of U.S. power to come from clean energy by 2030. Do you think that is feasible?

MR. JENKINS: Our Princeton University Net-Zero America study charts several pathways to net-zero greenhouse-gas emissions by 2050. We see wind and solar playing a major role in all pathways, scaling up rapidly over the next decade.

Under the best scenario, wind and solar would provide about half our electricity by the end of the decade, up from about 12% over the last 12 months.

That would require building about 600 gigawatts of new wind and solar facilities, or about 60 gigawatts a year. That would mean putting the pedal to the metal, as the U.S. deployed a record of about 29 gigawatts last year.

What do you think should be done to promote renewable energy? Join the conversation below.

That pace of growth looks feasible from a supply-chain perspective if the right policies are in place to offer certainty for business investments. When policy supports clean-energy expansion, annual growth can surge.

Here we’re talking about increasing the rate of growth of wind and solar by about 10% a year over the decade. That’s a pace and scale that would meet President Biden’s goal of making clean electricity account for 80% of our total by 2030, provided the U.S. also preserves the foundation provided by existing nuclear and hydropower facilities, which produce about one-quarter of U.S. electricity today.

MR. BOOK: Wind and solar generation have grown at a compound annual rate of about 16.5% over the past decade. Carry that forward to 2030, and you get about 50% of power generation from wind and solar.

That 50% would require a heroic build-out, and the real world has a way of ignoring analysts’ spreadsheet projections. Policy decisions, and the political priorities that motivate those decisions, can make a big difference in outcomes.

MS. STOKES: Last year, 2020, was the best year on record for renewables growth [in terms of generation], at 2.4 percentage points. I think we can double that pace in the coming years if Congress passes a bold legislative package this summer that includes renewables tax credits and a clean electricity standard.

If we are aiming for that 80%, it’s likely we would have 60% renewables by then. That’s eminently doable if the federal government gets behind it.

MR. BOOK: I wouldn’t bet against a committed U.S. federal government and a supportive populace. But I don’t currently see anything like Apollo program unity behind a green agenda, especially when Republicans who fly too close to the figurative sun keep ending up more like Icarus.

President Biden envisions triple-digit billions of dollars of tax credits for clean energy over the course of a decade. But they aren’t in the bipartisan infrastructure bill. And party-line passage of those credits looks far from guaranteed, though it’s possible.

Regional resource divisions make deal-making difficult until a supply shock focuses minds. It’s generally only then that the economic costs of inaction exceed the political costs of acting.

WSJ: Leah, it sounds like you think a clean-electricity standard is crucial.

MS. STOKES: We need a clean-electricity standard to align incentives across the power sector—in markets, regulated sectors and nonprofit utilities alike. That would make sure we keep the clean power that we already have online, stop the building of expensive new fossil assets that will become stranded and rapidly scale up wind and solar.

Reforming key federal investments will also enable wind and solar to grow. Right now, dirty infrastructure is subsidized, both directly and indirectly by not paying the cost of its pollution.

MR. BOOK: Energy policy is constrained by politics, and political shifts could put a transition at risk. Electrons and molecules don’t belong to political parties, but people do. And those people look pretty divided in terms of their grids and roads.

So, President Biden may lean into transition, but the GOP seems likely to push back. Republican corporate constituencies may start to see more upside in a green agenda over time, but an organic pivot still could take many years.

And, right now, rising pump prices and end-user cost perceptions could make energy a potent election wedge issue. If Washington flips to a Republican Congress in 2024, the transition policies Leah and Jesse mentioned could be at risk. 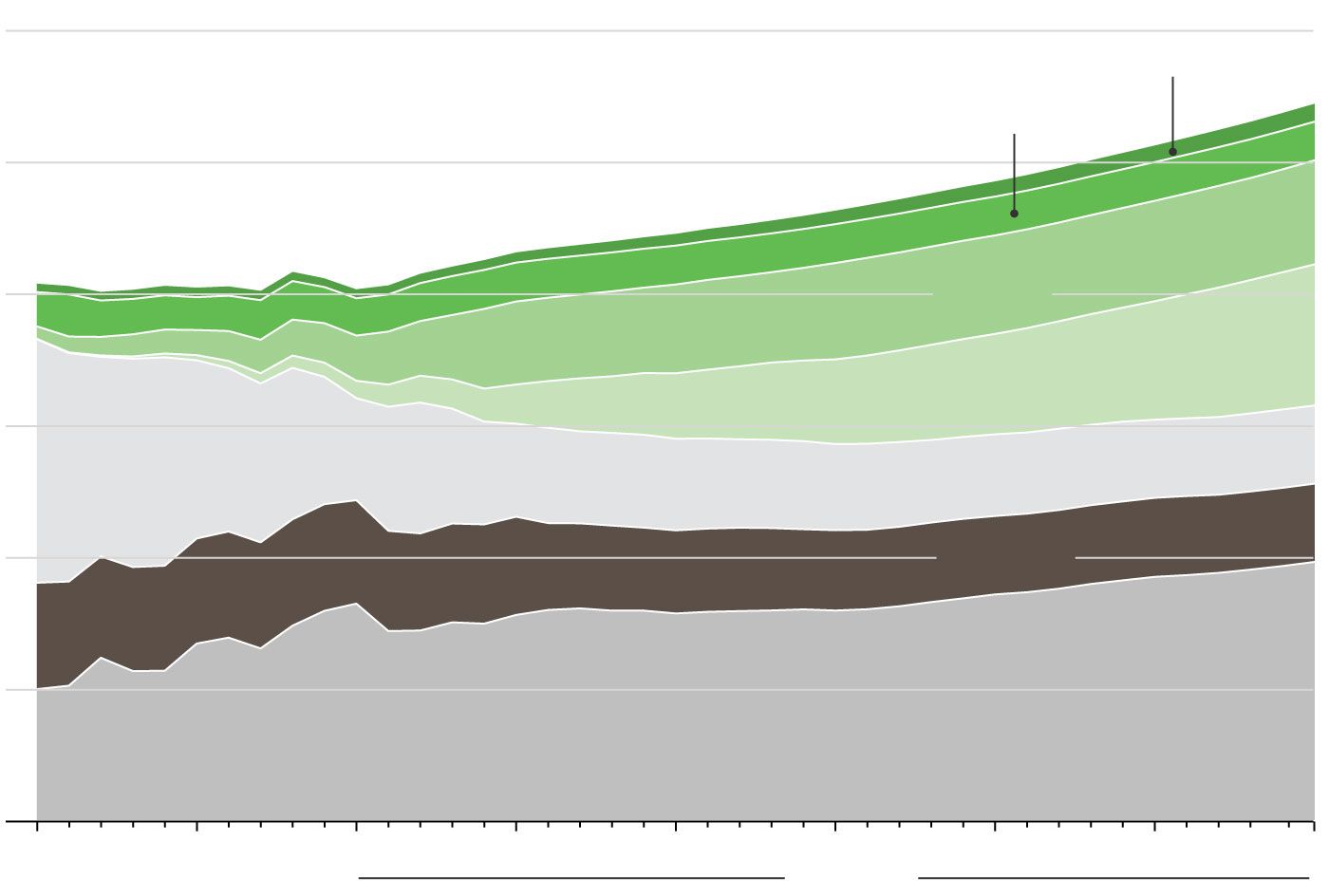 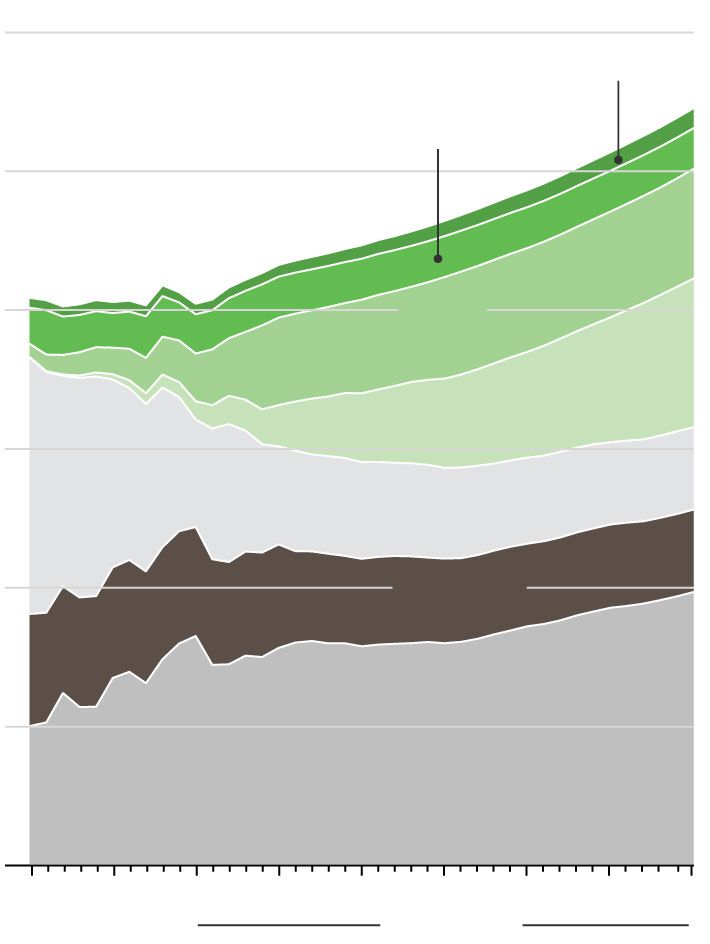 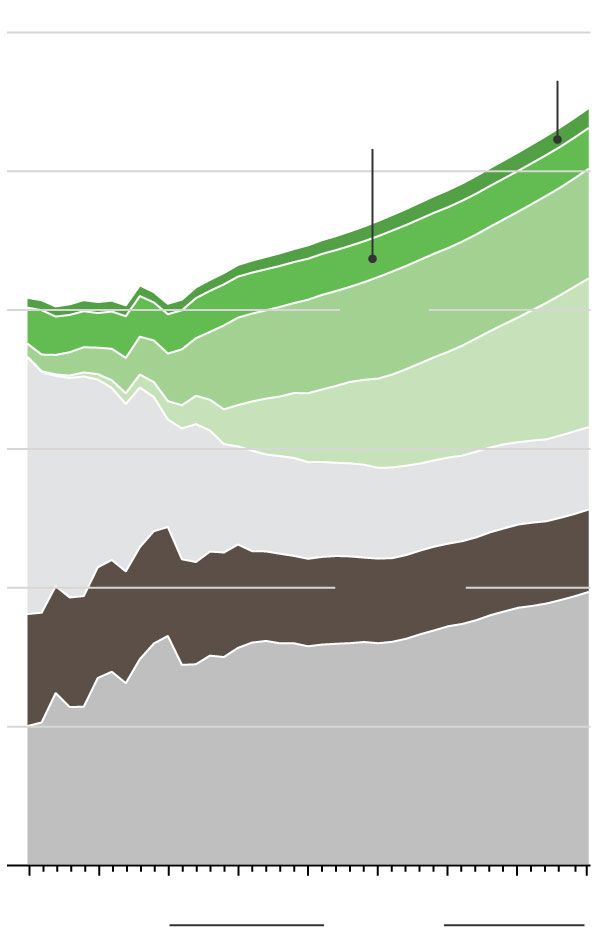 MS. STOKES: I think the issue is less who a state voted for than what utilities want to do. If utilities see an opportunity in the transition—to get federal dollars to solve a variety of problems from stranded costs to new clean-power projects that they own—then I think we can get it done.

The incentives for utilities need to be aligned, and that’s what a federal clean-electricity standard could do. Utilities are realizing that they can be the engines of the energy transition, powering our homes and transportation, too.

This could allow them to double or even triple their revenue in the coming decades, as the grid grows at an unprecedented scale through electrification. There is a lot to be gained if utilities can just see the opportunity.

This is why I bring up voting patterns: Those perceptions can include ideologically driven perspective of climate risk.

Also, program design matters. It wasn’t so long ago that climate mitigation efforts sought to decouple utility compensation from power sales to encourage efficiency. We shouldn’t expect corporations to make 20- and 30-year investments in a policy landscape that changes every two, four, or eight years.

WSJ: Are costs for generating renewable energy, such as solar panels and wind turbines, an obstacle for its growth? 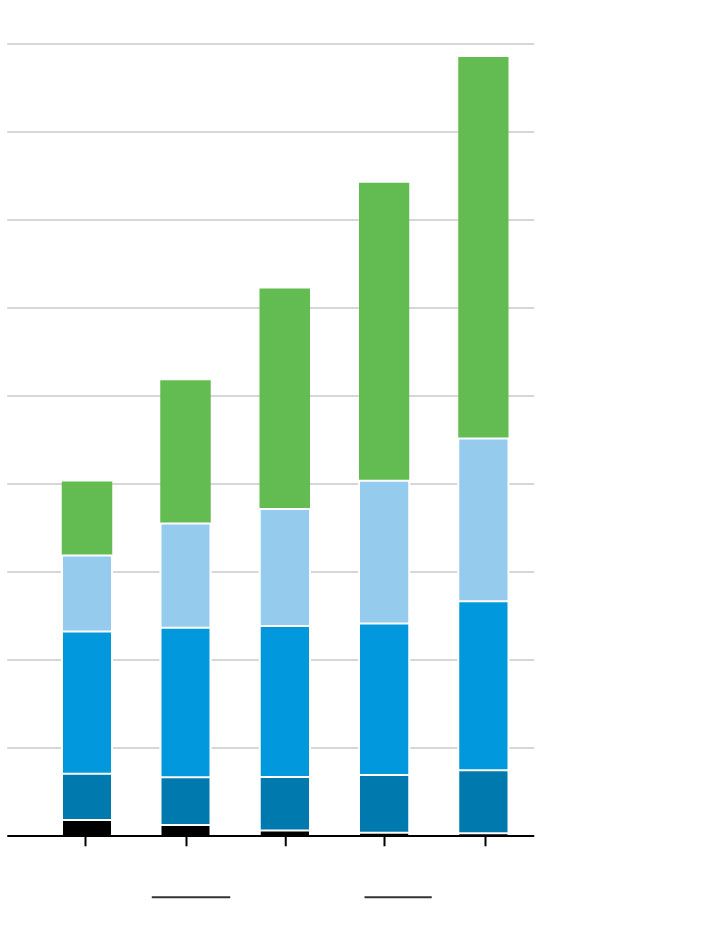 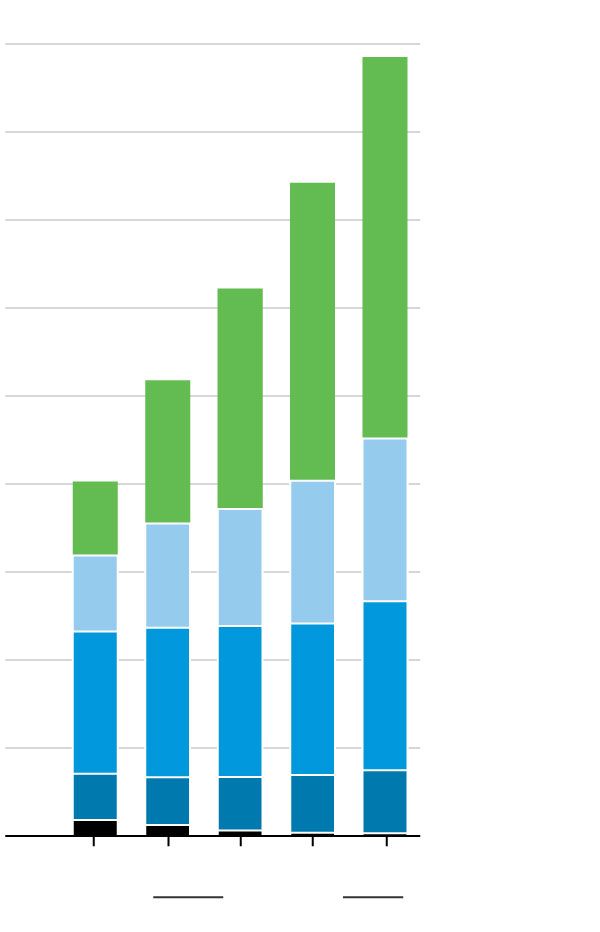 MR. JENKINS: Cost isn’t a barrier for renewable energy. Thanks to public support and private ingenuity, the cost for wind, solar and lithium-ion batteries [the principal cost component of electric vehicles and the leading source of grid-scale energy storage] have all plummeted in the last 10 years. Solar and battery costs have dropped about 90% and wind costs almost 70%.

Those cost declines have fundamentally changed the economic and political calculus of decarbonization, and they are the primary reason why we’re here discussing how far solar and wind can go.

We still need proactive policy to push wind and solar growth to the pace required. But now the policy cost is much more manageable. Congress has the opportunity in a federal infrastructure and jobs bill to shift the costs of this historic energy transition to a progressive tax base rather than utility ratepayers. That could deliver 80% clean electricity by 2030 while keeping electricity costs at or below today’s rates.

Wind and solar are able to do the heavy lifting this decade precisely because public policy supported these technologies in past decades, transforming them from expensive alternative energy sources to cheap, mainstream investments.

MR. BOOK: Jesse is right to bring up the importance of cost declines. The IEA’s [International Energy Agency’s] net-zero pathway calls for annual additions of 630 gigawatts of solar photovoltaics and 390 gigawatts of wind by 2030, four times the record levels set in 2020.

That dramatic increase envisions falling costs, and cost curves have historically plummeted over the long haul with manufacturing scale economies and because of learning effects.

MS. STOKES: We shouldn’t underestimate the costs of the status quo. These old dirty plants are costing ratepayers every single day in areas where they face no competition. They’re also costing people in hospital bills through things like asthma. And they are costing us through billion-dollar weather disasters growing every year. The costs of delaying the transition are way higher than the costs of acting. 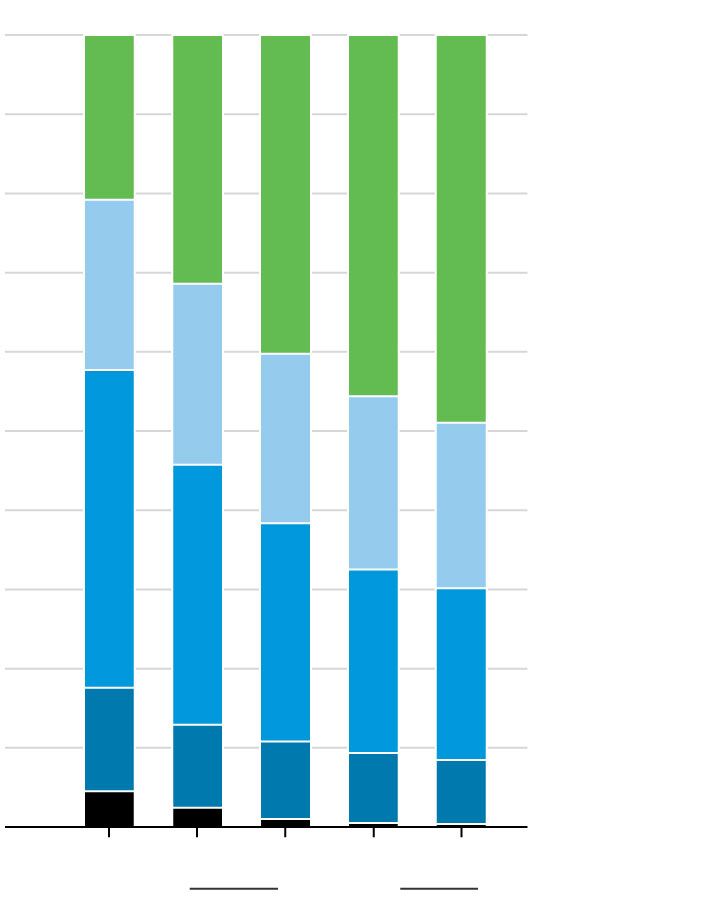 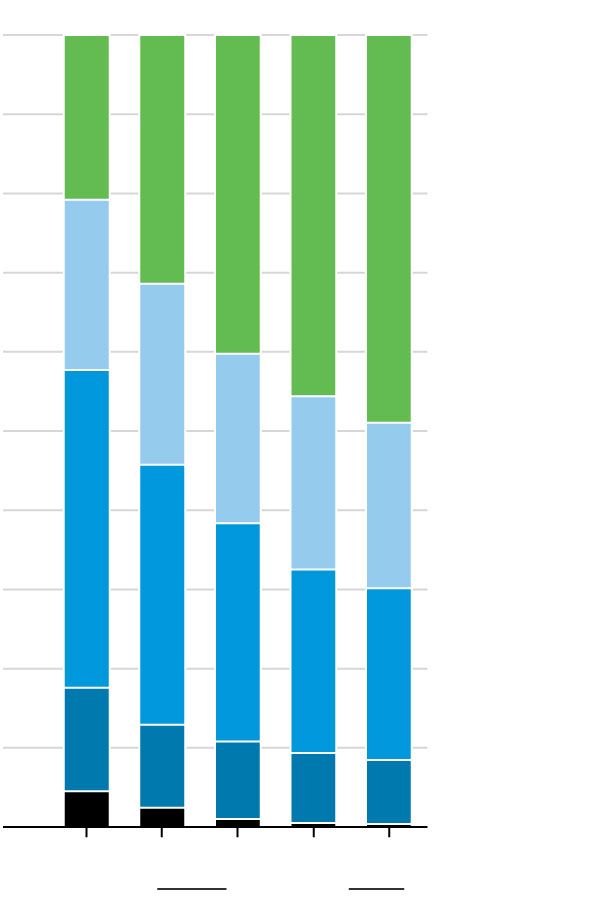 WSJ: How do we deal with the shortage of transmission lines for renewable energy?

MR. JENKINS: We have a long history in this country of using public-policy, regulation and investment to build transportation networks to tap into our abundant natural resources.

Now America must do so again, building long-distance electricity transmission to tap into the abundant wind-energy potential in America’s heartland, solar power in the Sunbelt and offshore wind along the Atlantic Coast. That will inevitably require expanding transmission across state lines.

Yet transmission lines are currently permitted state by state and planned at a regional, not national scale, which has greatly constrained long-distance transmission. These processes will need to be reformed for wind and solar to realize their full potential.

Part of this drive to expand transmission comes from the need to tap into the best solar and wind resources across the country and bring that energy to our cities. But it also comes from the expected electrification of transportation and heating in coming years. More electricity demand means we’ll need a bigger grid.

MS. STOKES: Transmission is indeed a big barrier. Congress will need to get creative this summer to figure out how to make progress at the federal level.

Mr. Weil is a writer in West Palm Beach, Fla. He can be reached at reports@wsj.com.