How Inflation Threatens the Recovery 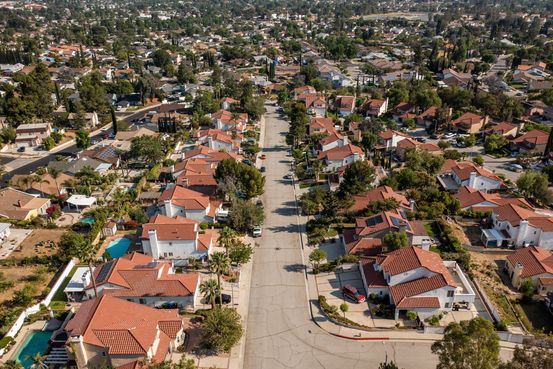 There are two kinds of inflation. One results from demand growing faster than the economy’s productive capacity, causing the economy to overheat. Call that good inflation, because it is usually linked to a stronger economy. By contrast, bad inflation results from constricted supply which curtails output, driving up prices and eroding incomes, leading to a weaker economy.

Much of the debate over inflation is whether the good sort—i.e., overheating—is about to happen. But investors are signaling that the bad sort is the bigger risk to the economy. As measured inflation has shot to a 13-year high of 5.4%, long-term bond yields have plummeted. Even before the spreading Delta variant of Covid-19 unsettled stocks this week, more economically sensitive sectors have been flagging. Those are the sorts of market movements that precede an economic slowdown. Meanwhile, economic data has gone from solidly upbeat to mixed: Forecaster IHS Markit has revised down estimated annual growth in the second quarter from nearly 12% in early June to 8%.

The textbook case of bad inflation is an energy shock. The supply of oil is relatively fixed in the short run so a disruption such as a war or a surge in global demand can cause the price to rise. That can both force companies to reduce output and act as a tax on consumers. The last two times inflation was as high as it is now, in 1990 and 2008, resulted from oil shocks that helped push the U.S. into recession.

The U.S. is now experiencing several such supply shocks at once, collectively throwing up a roadblock to what should be a powerful post-pandemic recovery.

The most pronounced supply problems are in housing and autos. Both usually lead recoveries as they respond to pent-up demand and low interest rates. This time, that demand is colliding with severely constrained supply.

The median existing home sold for $350,000 in May, up 15% from January. But sales of existing homes are actually down in that time. Shortages of land, materials and labor are holding back the supply of homes. In June, permits issued to build new homes slumped to their lowest since August. Consumers rate buying conditions for homes worse than during the 2007-09 housing bust, according to the University of Michigan.

Meanwhile, the price of a new car has risen 4.8% since before the pandemic, the fastest pace of increase since 1985. But because of disruptions to the supply of microchips, sales of new cars this year are running slightly below the pace of 2019 and new car production is 14% lower. As drivers hold on to their old cars, used-car prices have skyrocketed.

Homes and cars are obviously acute cases. Retail sales overall are still far above pre-pandemic levels, reflecting the pandemic-driven diversion of consumer spending from services to goods, and the boost from stimulus checks. With cash savings and stock wealth at record highs, the outlook for consumers is still healthy.

The flip side of higher costs for consumers is a windfall for some suppliers. Car manufacturers have dialed back sales incentives, and dealers are regularly selling vehicles for above the sticker price. Though prices of lumber and other construction materials have come off their highs, home builders don’t plan to pass those savings on to consumers, electing instead to boost profit margins.

Where labor shortages are the problem, the beneficiaries have been workers, especially at low-end jobs such as in restaurants, where wages have risen sharply.

This isn’t unalloyed positive, though: Higher wages for some workers are borne by higher prices paid by most others, as companies pass those costs along to customers. This undercuts what should be one of the recovery’s highlights: surprisingly solid pay growth. Median growth stood at 3.2%, year-over-year, in the three months through June, according to the Federal Reserve Bank of Atlanta, down only a bit since before the pandemic. But adjusted for inflation, wages are down 2%.

Surveys suggest higher inflation is now consumers’ biggest concern. It is also politically risky for President Biden, who this week said the Federal Reserve should deal with it. But the Fed’s tools, namely higher interest rates, work by cooling demand. They are useless when the problem is restricted supply. In fact, raising rates in the face of a supply shock could aggravate the economic damage and perversely make future inflation too low, as the European Central Bank discovered when it did just that in 2008 because of higher oil prices.

Are you worried about inflation? Why or why not? Join the conversation below.

One reason markets are struggling is fear the Fed will do something similar. The Fed will resist tightening monetary policy unless it sees a one-off price surge fueling a continuing cycle of wage and price inflation. That would be a prelude to stagflation: a sustained period of both higher inflation and slower growth.

The good news is that it doesn’t appear to be happening yet. Long-run expectations for inflation as reflected in inflation-indexed bond yields have slipped in the past month. Meanwhile, the best hope for the Fed and consumers is that higher prices do what they have reliably done in the past, which is to bring forth more supply.

Write to Greg Ip at greg.ip@wsj.com