Jerome Powell to Face Questions on Economy, Policy in Second Day of Hearings 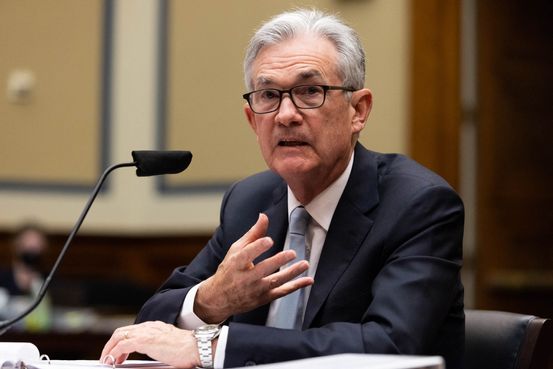 returned to Capitol Hill Thursday for a second day of testimony on the economy and monetary policy, this time before the Senate Banking Committee.

Mr. Powell said again Thursday in his prepared remarks that “inflation has increased notably and will likely remain elevated in coming months before moderating.“

He had said Wednesday to the House Financial Services Committee that pandemic-related bottlenecks and other supply constraints created “just the perfect storm of high demand and low supply” that led to rapid price increases for certain goods and services.

U.S. consumer prices continued to accelerate in June at the fastest pace in 13 years as the recovery from the pandemic gained steam. The Labor Department reported Tuesday that its consumer-price index increased 5.4% in June from a year earlier. Excluding volatile food and energy categories, prices rose 4.5% from a year earlier, the most in 30 years.

Mr. Powell said Wednesday it would be a blunder to raise interest rates to address one-time increases in the prices of certain services, like air travel and hotel rates, or goods, like new and used cars, that have surged due to the reopening of the economy.

There could come a point when “the risks may flip,” he said.

What would you ask Mr. Powell at a hearing, given the opportunity? Join the conversation below.

If inflation stayed too high or began to seep into consumers’ and businesses’ expectations of future inflation, which can be self-fulfilling, then the Fed would raise interest rates. “People need to have faith in the central bank that we will do that,” Mr. Powell added.

Mr. Powell also indicated he wasn’t in a hurry to start paring the Fed’s purchases of $120 billion a month in Treasury or mortgage securities. Several Fed bank presidents have indicated they are eager to start shrinking the pace of those purchases. Other senior Fed officials have suggested the central bank shouldn’t be in a rush.

“We’ll have another round of discussions on this very topic” at the Fed’s meeting in two weeks, he said. Mr. Powell didn’t suggest that any decisions are imminent.

The Fed has held interest rates near zero since the coronavirus pandemic hit the U.S. economy in March 2020. The central bank has said it expects to keep rates there until it is confident inflation will hold at its 2% target and the labor market has returned to what it calls “maximum employment.”

The central bank also has committed to continue its bond purchases until achieving “substantial further progress” toward its inflation and employment goals.

Mr. Powell said the economy “is still a ways off” from reaching that standard, but that officials expect progress to continue.

Write to Nick Timiraos at nick.timiraos@wsj.com