Mexico Hands Control of Large Oilfield to Pemex in Dispute With U.S.’s Talos 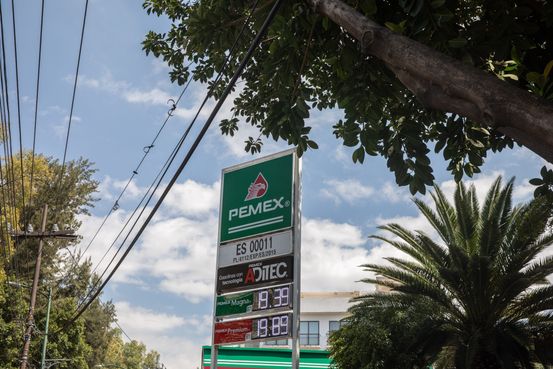 which has already invested heavily in the reservoir.

steps up efforts to revert key parts of an overhaul in 2014 that opened oil exploration and production to foreign investment.

Talos, which made the discovery in 2017, has said it should be the operator of the shared deposit. The Energy Ministry granted Pemex control of the development after the companies failed to reach an agreement.

Talos also questioned the assessment by a third-party firm that Pemex has just over half the likely reserves. The Zama oilfield, located in the southern Gulf of Mexico, straddles an area that includes a block won by the Talos-led consortium in a 2015 bidding round, and a block that Pemex was awarded in 2014 before the government began putting exploration blocks out to bid.

Mr. López Obrador, who opposed the opening to private investment made under his predecessor, put a freeze on new oil block auctions when he took office in late 2018. His administration has also pushed through Congress changes in hydrocarbon and electricity laws that seek to favor the state-energy companies, although they have been blocked by the courts.

Select breaking and enterprise stories about energy markets and businesses, through news alerts delivered to you via email.

The decision on the Zama field could slow investment by other private companies among those that won blocks in the auctions that were conducted between 2015 and 2018, some analysts say.

Seismic studies suggest at least three blocks have prospects that could be adjacent to fields owned by Pemex, said Gonzalo Monroy, an independent energy consultant in Mexico City, although no drilling has yet been done. “Obviously they were all waiting to see the decision on Zama,” he said.

Houston-based Talos Energy and its partners, Wintershall DEA of Germany and Premier Oil of the U.K., estimate that the Zama reservoir has recoverable resources of 670 million barrels of oil equivalent, making the 2017 discovery a major one.

The consortium and Pemex have been working to draw up a joint operating agreement, including which of the two should be the operator, in charge of the development.

In granting operatorship to Pemex, the Energy Ministry cited an estimate by a third-party firm that Pemex’s block contains 50.4% of potential reserves against 49.6% for the group led by Talos. It said Pemex has the financial and technical capacity to develop the field, and infrastructure to receive, distribute and export the crude produced.

Talos has questioned that assessment, citing an evaluation by the petroleum consulting firm Netherland, Sewell & Associates which concluded the consortium holds around 60% and Pemex 40%. The consortium has invested $325 million to date in the block, while Pemex has yet to drill any appraisal wells on its side of the field.

Talos said it’s “very disappointed” with the Energy Ministry’s decision, since the company has consistently shown that it is qualified and capable of being the operator, adding that its development plan maximizes oil and gas recovery and value to Mexico.

“Talos remains committed to maximizing value for its shareholders from its Zama asset and will explore all legal and strategic options to do so,” the company said.

Houston-based energy analyst George Baker said that regardless of the ownership claims, he believes Talos is the best qualified to operate the field, “and to have Pemex do so will come in at greater cost and greater delays.”

The government also hasn’t done anything to show that Pemex is the best option to operate the field, said Mr. Monroy.

The development of the field is of interest to Pemex as production begins declining at its principal oil-producing fields Ku-Maloob Zaap. Pemex produced 1.68 million barrels a day of crude oil in the first five months of this year, compared with 1.71 million in the same period of 2020.

Write to Anthony Harrup at anthony.harrup@wsj.com