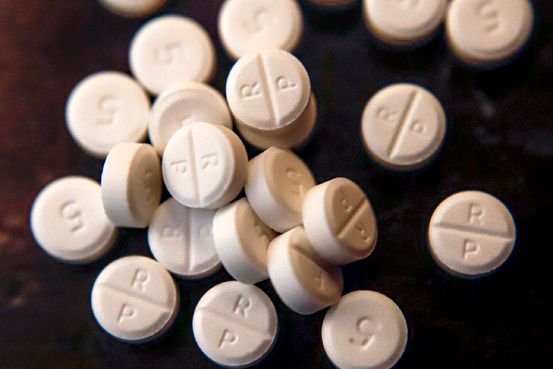 Thousands of opioid-crisis lawsuits filed against major drugmakers and distributors are nearing a conclusion, with the outlines of a $26 billion deal between states and four companies expected to be announced this week and a $1 billion settlement to resolve some of New York’s claims likely on Tuesday, people familiar with the matter said.

Under the contours of the deal, states and municipalities still have several months to sign on, and the amount ultimately paid will depend on how many participate, the people familiar with the talks said. The companies can also still walk away if they aren’t satisfied with the number of states and governments that join, the people said.

New York, meanwhile, has struck a more than $1 billion deal with AmerisourceBergen, Cardinal and McKesson midway through a trial against those companies and four other pharmaceutical firms, some of the people said. That deal, which is expected to be announced Tuesday, would remove the three distributors from the trial and represents New York’s portion of the broader settlement.

Johnson & Johnson already settled with New York for $263 million ahead of the trial.

The larger settlement, if finalized, would remove an albatross for companies that for years have faced allegations from plaintiffs’ lawyers, families and governments that they played a role in sparking and expanding opioid addiction. Uncertainty over the litigation has weighed down some companies’ stocks. Questions about resolving the lawsuits have dogged executives on earnings calls and at investor conferences and resulted in chief executives testifying before Congress.

Bloomberg News earlier reported the timing of the $26 billion settlement.

AmerisourceBergen, Cardinal and McKesson declined to comment Monday. Johnson & Johnson reiterated a prior statement that “there continues to be progress” toward finalizing the $5 billion settlement and that it isn’t an admission of liability or wrongdoing.

The opioid cases have become the most sprawling and complex litigation to ever involve the drug industry, and the $26 billion far exceeds any jury award or settlement of previous lawsuits or whistleblower claims that accused pharmaceutical companies of marketing violations or selling faulty products.

Other drugmakers and pharmacy chains that have been targeted by the opioid lawsuits aren’t involved in the current settlements, but could reach their own, smaller accords following the same model, the people familiar with the talks said.

If the deal is consummated after the multimonth sign-on process, the distributors will pay $21 billion over 18 years, with J&J paying $5 billion over nine years, the people said.

The terms the people described call for the majority of the money to be spent by communities on treating and responding to the problems caused by opioid addiction—a departure from the $206 billion paid by the tobacco industry in the 1990s to states, which largely spent the money on a host of general priorities like highways and law enforcement. Around $2.5 billion of the total will go toward fees and expenses, including to pay private plaintiffs’ lawyers who represent both local and state governments in the cases, the people said.

In addition to the money being paid by the settlement, the distributors have agreed to create a new clearinghouse that will help detect and stop suspicious drug orders, the people familiar with the deal said. The terms described also call for Johnson & Johnson, which stopped selling opioids in the U.S. last year, to stay out of the opioid business for a decade.

The pharmaceutical industry has pushed back for years against allegations that they are to blame for the abuse of opioids, arguing that they sold a federally regulated product that benefited patients in pain. The companies have also challenged claims by public-health experts that prescription opioids served as a gateway to the use and addiction of street drugs.

PLC’s market value has fallen about 70% since 2017, when lawsuits began swelling.

Opioid addiction worsened last year because of the pandemic, with opioid overdose deaths up 37% from the prior year, according to government data.

Doctors for years had predominantly prescribed opioids for acute-pain treatment or to cancer patients until the 1990s. That is when physician groups sought to better manage chronic pain and became vocal promoters of the drugs, voicing their benefits and playing down their risks. Groups such as the American Pain Foundation urged physicians to address what they called an epidemic of untreated pain. The American Pain Society campaigned to make pain what it called the “fifth vital sign” that doctors should monitor, alongside blood pressure, temperature, heartbeat and breathing.

Drugmakers told prescribers that patients wouldn’t become addicted to prescription opioids, and providers subsequently increased the frequency in which they prescribed them, according to the National Institute on Drug Abuse, the lead federal agency that supports research on drug use. Doctors began prescribing opioids to wide segments of the U.S. population, ranging from injured high school athletes to older people with chronic ailments.

Authorities have arrested and prosecuted doctors and other prescribers who ran so-called pill mills, routinely writing out prescriptions for high numbers of opioids.

Opioid prescriptions increased steadily in the U.S. beginning in 2006 and peaked in 2012 but have declined since then, according to federal figures. Dispensing rates for opioids vary across states and counties, and there remain some hot spots, according to the CDC.

Some drugmakers have reduced the size of their prescription-opioid business units, or exited them altogether, while some companies are separately pursuing potential nonopioid pain-treatment options.

The New York trial will continue with three drugmakers and a smaller drug distributor. Other trials are nearing conclusions in West Virginia federal court, against the three large distributors, and in California state court against four drugmakers.

Write to Sara Randazzo at sara.randazzo@wsj.com and Jared S. Hopkins at jared.hopkins@wsj.com