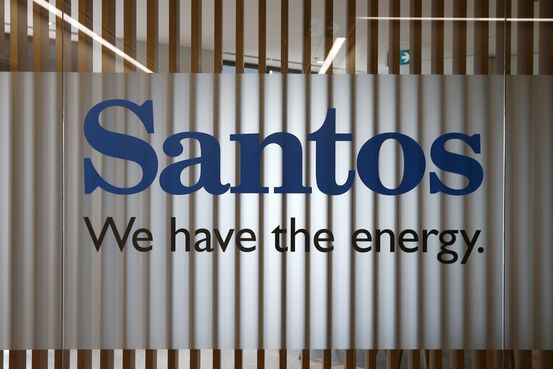 about a possible merger last month, but its proposal to create an energy company with a market value of 22 billion Australian dollars, equivalent to $16.1 billion, was rejected.

Santos said it is still seeking to engage Oil Search about the merits of a deal, which would represent a doubling down on production of oil and natural gas even as some rivals seek to transition away from fossil fuels.

Santos’s proposal illustrates how a recovery in prices of oil and natural gas as economic activity picks up pace amid the rollout of Covid-19 vaccines globally is restoring cash flows for energy companies and emboldening them to pursue deals.

-operated PNG LNG gas-export project in the country, which also counts Santos as an investor. Oil Search owns undeveloped oil reserves in Alaska that it hopes to develop if it can bring in another investor.

Santos said it offered 0.589 of its own shares in exchange for each Oil Search share on issue. A deal would have led to Santos shareholders owning 63% of the combined company, with Oil Search investors holding the remaining stock.

The proposal implied a value of A$4.25 for each Oil Search share, Santos said, representing a 16% premium to the stock’s closing price on Monday.

“The potential merger of Santos and Oil Search is a logical combination of two industry leaders to create an unrivaled regional champion of size and scale,” Santos said in a regulatory filing.

Benefits of a deal included a stronger balance sheet and access to debt markets, with the combined company having an investment grade credit rating, Santos said.

Analysts had speculated that Oil Search could become a takeover target after Mubadala Investment Co., an investment arm of the Abu Dhabi government, recently sold an around 4.5% stake in the company as part of a broader effort by the emirate to reduce its reliance on the oil sector. Mubadala still owns 4.9% of Oil Search.

for health reasons this week has also made the company more vulnerable to a takeover, some analysts say. Oil Search named Chief Financial Officer

as acting chief executive with immediate effect while it searches for a permanent successor.

In a statement earlier on Tuesday, Oil Search said it had recently received and rejected a takeover proposal “as it was determined to not be in Oil Search shareholders’ best interests on the terms and value proposed.” It didn’t identify the bidder.

Santos has been an active buyer of energy assets in recent years. It purchased

assets in northern Australia for an initial US$1.265 billion last year, including a controlling stake in the Darwin liquefied-natural-gas export project. Santos also completed the US$1.93 billion acquisition of Quadrant Energy, which owned several natural gas assets in Western Australia, late in 2018.

American double world champion pole vaulter Sam Kendricks and German Chiaraviglio of Argentina have been ruled out of the Olympics after testing positive for...
Read more
Sports

Canadian rowers Caileigh Filmer and Hillary Janssens have won the bronze medal in the women’s pair race at the Tokyo Olympics. The duo led for...
Read more