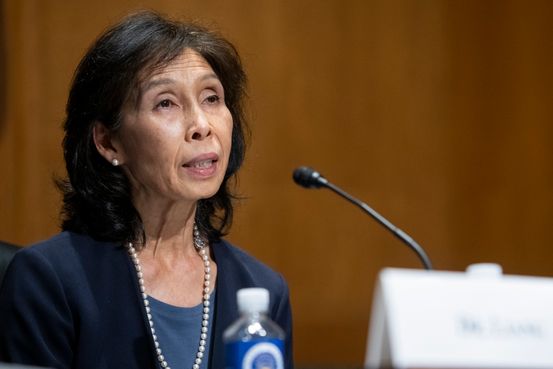 WASHINGTON—The Senate confirmed former Federal Reserve economist Nellie Liang as the Treasury Department’s undersecretary for domestic finance, putting her at the forefront of efforts to manage the soaring federal debt.

Ms. Liang, who specialized in financial stability issues at the Fed, was confirmed by a vote of 72-27. She will  oversee U.S. fiscal policy at a time when the Biden administration is proposing trillions of dollars in new spending on infrastructure and antipoverty programs.

The Congressional Budget Office projects a budget deficit of $3 trillion this fiscal year—more than it forecast in February, but less than the $3.2 trillion deficit in fiscal year 2020. The non-partisan agency expects the federal debt to grow to 103% of gross domestic product at the end of 2021.

Ms. Liang was nominated by former President Donald Trumpto a seat on the Fed’s seven-member board of governors in 2018, but her nomination ran into opposition from Senate Republicans. She withdrew from consideration in early 2019.

She served most recently as a senior fellow at the Brookings Institution, the Washington think tank where Treasury Secretary Janet Yellen worked after leaving the Fed in 2018.