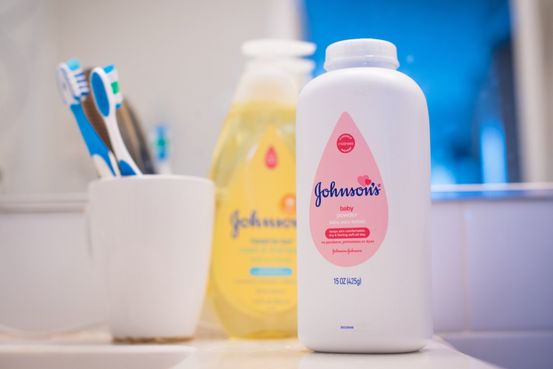 WASHINGTON—The Supreme Court on Tuesday declined to consider a

The court rejected the J&J appeal in a brief written order, effectively ending the case and leaving in place a Missouri appeals-court ruling against the company.

The women, all of whom had developed cancer, brought their product-liability claims in 2015, alleging that the company’s talc powders contained asbestos and that J&J long knew this and kept it secret.

The company denied that its talc products contained asbestos or were carcinogenic and said in a court brief that epidemiological studies “have found no meaningful association between cosmetic talc use and ovarian cancer.”

J&J, facing thousands of lawsuits, last year stopped selling talc-containing baby powder in the U.S. and Canada, citing a decline in demand amid safety concerns. The company continues to sell a cornstarch version of its baby powder.

The case under appeal went to trial in St. Louis in 2018. A jury found J&J liable on all of the plaintiffs’ claims, awarding about $4.7 billion to 22 women and their estates, $550 million in compensatory damages and another $4.14 billion in punitive damages.

A state appeals court last year reduced the total verdict to $2.1 billion and dismissed two of the plaintiffs from the case for jurisdictional reasons.

J&J on Tuesday stressed that the Supreme Court’s order wasn’t a ruling on the merits. The company said the court’s decision to stay out of the case “leaves unresolved significant legal questions that state and federal courts will continue to face.”

In its petition to the Supreme Court, J&J had argued the state court proceedings were unfair. It said lower courts were wrong to allow all the women to proceed in a mass trial and argued the size of the punitive damages award violated its constitutional right to due process. The company also objected to allowing out-of-state plaintiffs to be included among the women who sued, arguing their claims didn’t have sufficient links to Missouri.

Lawyers for the 20 women urged the Supreme Court not to hear the case, saying the company’s appeal lacked merit and wasn’t worth the court’s attention. Six women died from ovarian cancer before the trial and three more have died from it since, the lawyers said in a court brief.

a lawyer for the plaintiffs, said the Supreme Court’s action “sends a clear message to the rich and powerful: You will be held to account when you cause grievous harm under our system of equal justice under law.”

didn’t participate in the court’s deliberations. Justice Alito’s family owns J&J stock, according to financial disclosures, while Justice Kavanaugh’s father was a cosmetic-industry lobbyist who had argued against warning labels for talc cosmetic products.

J&J booked about $4 billion in 2020 litigation expenses that were primarily related to talc legal cases and certain settlements, the company said in a securities filing in February. Investors’ concerns about the ultimate cost of resolving the litigation have weighed on J&J’s stock price.

As of April 4, 28,900 plaintiffs had lawsuits pending in various U.S. courts against J&J, alleging injuries caused by the company’s talc-containing powders, according to J&J’s most recent quarterly report filed with securities regulators.

In October 2019, J&J recalled about 33,000 bottles of its Johnson’s Baby Powder because the Food and Drug Administration found a small amount of asbestos in a single bottle. J&J later hired its own labs to test the same bottle and others in that lot and concluded there was no detectable asbestos.

The company’s baby-powder litigation is just one part of a larger pool of lawsuits over product safety and marketing tactics that the company has faced in recent years. Judges and juries have ordered J&J to pay damages in trials alleging that certain drugs and medical devices injured people, and that the company’s marketing practices fueled the opioid-addiction epidemic. J&J has said its products are safe and its marketing practices are appropriate.

Read more articles on the verdict against J&J, selected by the editors.

Write to Brent Kendall at brent.kendall@wsj.com and Peter Loftus at peter.loftus@wsj.com