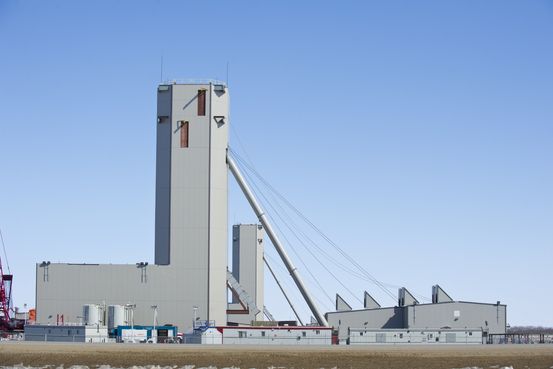 On Tuesday, the world’s biggest mining company backed up that message by forecasting a flat outlook for its output over the next 12 months.

Global miners are continuing to favor profit and investor returns over investment in new projects that could ease concerns about future shortages of some commodities.

Iron ore and copper prices have hit records this year and are fattening producers’ profits, including at BHP. The world’s top 40 miners are expected to report a combined net profit of roughly $118 billion in 2021—up from $70 billion in 2020 and $61 billion in 2019—making it one of the best years on record, according to PricewaterhouseCoopers.

However, BHP is continuing to be cautious with investments even as it pays large dividends to shareholders. It expects group output in the 12 months through June 2022 to broadly match the previous year’s as production from new mines and oil and gas fields mostly offsets dwindling resources at some existing operations.

BHP’s project pipeline is almost empty. Whereas BHP had 18 major projects in train a decade ago when commodity prices were also booming, it now has just two in development: the Mad Dog Phase 2 project in the Gulf of Mexico—which is run by

PLC and in which BHP only holds a 24% stake—and its Jansen potash project in Canada’s Saskatchewan province.

BHP said it would decide whether to proceed with the up to $5.7 billion first stage of the Jansen development within two months.

Subdued production from large miners should support commodity prices so long as the global economic recovery holds up, Jefferies said.

But failing to invest in new projects means miners risk creating a shortfall of some commodities, particularly for materials such as cobalt, copper and lithium that are used to make batteries, electric cars and some renewable-energy products.

BHP’s chief executive, says he wants to stay focused on value and productivity, a mantra instilled by company leaders during the last price crash. “Chasing production really does not make sense,” he said in March. “The industry has a great track record of being quite pro-cyclical and that has ended in tears all too often.”

Analysts say miners might be rewarded by the market for paying out a large share of their profit while interest rates are low, but they question whether investors will want to hold stocks that offer little or no growth as yield curves steepen.

James Stewart and Luke Smith, co-portfolio managers of Ausbil Investment Management’s global resources fund, said a reliance on iron ore for earnings—which follows heavy expansion during a China-led boom in prices—has put them off diversified miners like BHP. They are instead betting on companies that derive more of their earnings from copper and other materials needed to make batteries.

BHP is eager to increase its exposure to metals such as copper and nickel. But buying more copper assets is expensive and, while the company has exploration teams scouring the world from Chile and Peru to Australia and the U.S. for mineral deposits, new operations typically take years to build.

BHP on Tuesday reported copper production of 1.636 million metric tons in the 12 months through June, down 5% year-over-year. It forecast output of between 1.590 million and 1.760 million tons this year.

The company completed one copper project last year, a $2.5 billion investment at its Spence copper mine in Chile to allow mining to continue for decades.

BHP’s copper business in Chile—where it runs the world’s biggest copper mine—has faced mounting challenges from the Covid-19 pandemic, with the miner having to substantially cut the number of workers at its operations there. BHP said it expects operational challenges from the pandemic to continue this fiscal year as it flagged an exceptional charge of $150 million to $200 million for the second half of fiscal 2021 for costs linked to Covid-19.

The company reported a 6% drop in annual petroleum output to 102.8 million barrels of oil equivalent, even as production began at the Atlantis Phase 3 project in the Gulf of Mexico—in which BHP has a 44% stake, and is operated by BP—and at the Ruby oil and gas project in Trinidad and Tobago.

BHP projected this year’s output at between 99 million and 106 million barrels as increased volumes from projects such as Ruby are offset by some fields becoming less productive as reserves become depleted.

Mr. Henry, BHP’s CEO, has previously said he has no intention to invest in material growth for the company’s large iron-ore or metallurgical coal businesses. BHP forecast annual iron-ore production of between 249 million and 259 million tons, compared with 253.5 million tons in the year just ended.

Write to Rhiannon Hoyle at rhiannon.hoyle@wsj.com