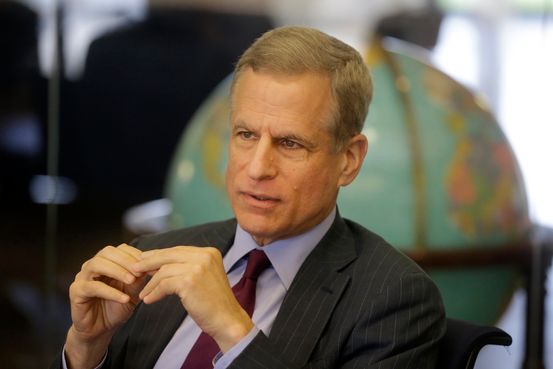 Two Federal Reserve officials said that the day for the U.S. central bank to pull back on bond buying is growing closer.

Robert Kaplan of the Dallas Fed and James Bullard of the St. Louis Fed didn’t specify when the central bank should act in a joint virtual appearance Monday, but both said the time for the central bank to rethink its strong support for the economy is getting closer, if it hasn’t already arrived.

Mr. Kaplan, reiterating a view he has held for some time, said, “I’ve been more of a fan of doing some things, maybe, to take our foot gently off the accelerator sooner rather than later so that we can manage these risks” around the recovery process, in a bid to “avoid having to press the brakes down the road” with a more abrupt shift in monetary policy.

Meanwhile, Mr. Bullard said that when it comes to asset buying “the debate is open, and I think it’s appropriate” that the Fed is considering when to pull back. He added that the process of getting to such a tapering decision won’t happen super quickly, saying, “The committee is only now starting to talk about tapering, and that will take some time to get that organized.”

At a Federal Open Market Committee meeting last week, Fed officials held their short-term interest-rate target at near zero, where it has been since March 2020, and pressed forward with monthly purchases of $80 billion in Treasurys and $40 billion mortgage bonds.