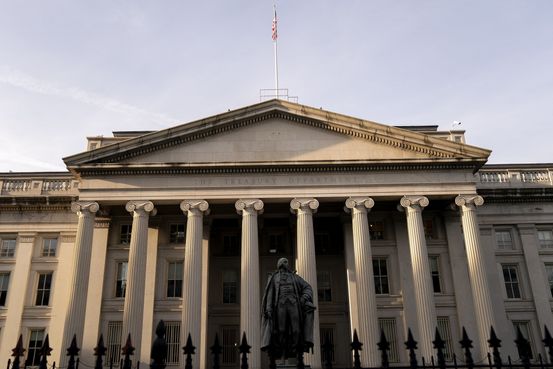 The U.S. budget deficit grew to a record $2.1 trillion during the first eight months of the fiscal year as spending continued to outpace tax receipts that are rising as the economy recovers from the damage inflicted by the Covid-19 pandemic.

Federal revenue for the eight-month period ending in May rose 29%, to a record $2.6 trillion, primarily due to higher receipts from individual and corporate income taxes, the Treasury Department said Thursday.

For the month of May, the deficit was $132 billion, roughly a third of what it was a year earlier. Revenue rose 167% to $464 billion, while spending increased 4% to $596 billion. Changes in tax-payment deadlines because of the pandemic contributed to the monthly revenue fluctuation.

The government’s spending surge has propelled a rapid recovery from the pandemic-induced economic slump while also helping send the federal debt—as a proportion of the economy—soaring to levels not seen since the end of World War II.

Federal receipts are likely to rise as consumer and business spending picks up and employers add jobs. Still, supply-chain challenges and a lack of workers for lower-paying jobs threaten to hold back growth.

Federal debt has been marching upward ever since the fiscal crisis at the end of George W. Bush’s administration and the start of

also ushered in spending programs and tax cuts that widened the gap sharply even before the coronavirus crisis.

Deficits are likely to remain at the center of the debate over President Biden’s push for trillions of dollars in fresh spending on infrastructure, clean energy, education and other programs. His $6 trillion budget proposal unveiled late last month projects a deficit of $1.84 trillion in fiscal 2022 and forecasts that debt held by the public would rise to a level surpassing that seen in the wake of World War II.

president of the bipartisan Committee for a Responsible Federal Budget, said the time has come for Washington to start regaining control of spending following its aggressive response to the pandemic.

“We met that challenge and then some, and now we need to take stock of our unsustainable fiscal outlook,” she said in a statement. “Our leaders need to resist taking the easy way out and instead start confronting the necessary tradeoffs to pay for new spending initiatives, rather than saddling the youngest generations with the hard choices we decided to avoid.”

Write to John McCormick at mccormick.john@wsj.com