Venmo to Charge Users for Selling Goods and Services 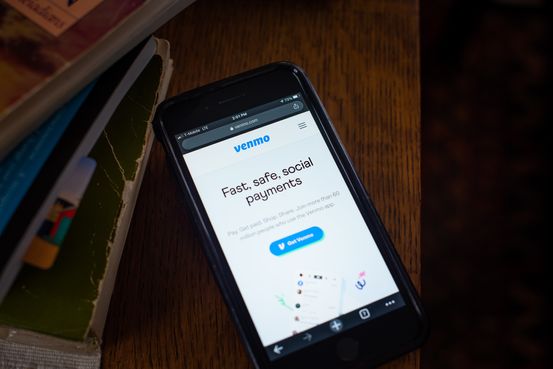 Venmo, the payments app owned by

will soon allow users to sell products and services on their personal accounts, for a fee.

Under the app’s previous rules, users were prohibited from receiving money for business transactions through personal Venmo profiles. Users suspected of violating the policy could have their accounts suspended.

The new policy, disclosed in a letter to users about terms-of-service updates, will take effect on July 20.

A Venmo spokeswoman said the latest changes mean users who don’t want to create a business profile will be allowed to accept money for goods and services without worrying about running afoul of the rules. They will be charged the same 1.9% plus 10-cent fee applied to customers using business profiles.

The change is the latest attempt by PayPal to profit from Venmo’s massive user base. The company rolled out the first Venmo-branded physical credit card last year, looking to attract customers by touting the QR code on the front of the card, and a flexible cash-back rewards program.

Venmo is one of the most popular digital-finance apps in the U.S. It has gained even more users during the pandemic as new services—such as allowing for the direct deposit of stimulus checks into Venmo accounts—more than offset fewer people using the app to split bills at bars and restaurants.

said during an earnings call in February that Venmo’s user base had increased 32% in 2020 to nearly 70 million active accounts. About $51 billion was transferred via Venmo in the first quarter, a 63% increase from the previous year. PayPal expects Venmo to generate nearly $900 million in revenue in 2021.

Thursday’s announcement was met online with confusion from customers who didn’t understand how the app would determine which transactions should be charged the fee. Some speculated that the company would use the messages people add to their payments to figure out if the money was for a business transaction.

Venmo will add a toggle to its user interface that will allow customers to indicate if the money they are sending is for a good or service, a company spokeswoman said. Those transactions will be eligible for the app’s purchase protection plan, which allows customers to dispute charges for purchases that don’t arrive or aren’t as expected, she said.

The transaction fee will be automatically deducted from the amount sent.

Joe Johnson, a 58-year-old fitness trainer who owns a training facility in Nashville, Tenn., uses Venmo to receive payments from clients and to pay his contract workers. He estimates that at least 80% of his customers pay through Venmo, and he receives multiple payments through the app each day. “I take Cash App, Zelle, credit cards, checks, cash—however people want to pay,” he said. “But Venmo rules right now.”

Mr. Johnson said he has been a Venmo customer since its early days and never got around to creating a business profile, but as long as the fee doesn’t get too high he is fine with paying it. He said he would include the new costs the next time he raises his prices for incoming customers.

More WSJ coverage of digital payments, selected by the editors